Fragrances of the 20th century

Along with the industrial revolution, the perfume industry really got its proper boom at the turn of the 20th century. Everything was new and exciting and slowly moved away from the handcrafted items that were classics in the previous century. Machinery was welcomed with open arms because it could lift the weight of heavy labor of the backs of millions and made several things less expensive and more available to the wider public. Alas, the middle working class was truly born and so there was a bigger market of people that wanted to buy a lot of things. They also wanted to look like the elites: to emulate their dress, mannerisms, and even their smell. These circumstances, and many more that are even more subtle and invisible, helped the fashion and perfume industry make their way to the market!


Let’s start at the beginning, the beginning of the 20th century to be exact. What was popular to wear back then? We should look at the historical context of these years to understand the scents that dominated the 1920s. Chanel No. 5 is a perfume staple even to this day and was one of the first perfumes to use aldehydes to enhance its smell. It was the brainchild of French-Russian chemist Ernest Beaux, who was the official perfumer to the Russian royal family, and Coco Chanel, an iconic French couturier. They were introduced by Coco’s lover, Grand Duke Dmitri Pavlovich Romanov, who coincidentally or not, was the killer of Rasputin. It was designed to be a perfume for the modern 1920s woman, and not just a plain floral perfume which was modern at the time. It’s aldehyde notes were inspired by polar ice, because Beaux was a lieutenant for the White Russian army and was stationed in the Russian polar region to interrogate Bolshevik prisoners. So much history behind one perfume! 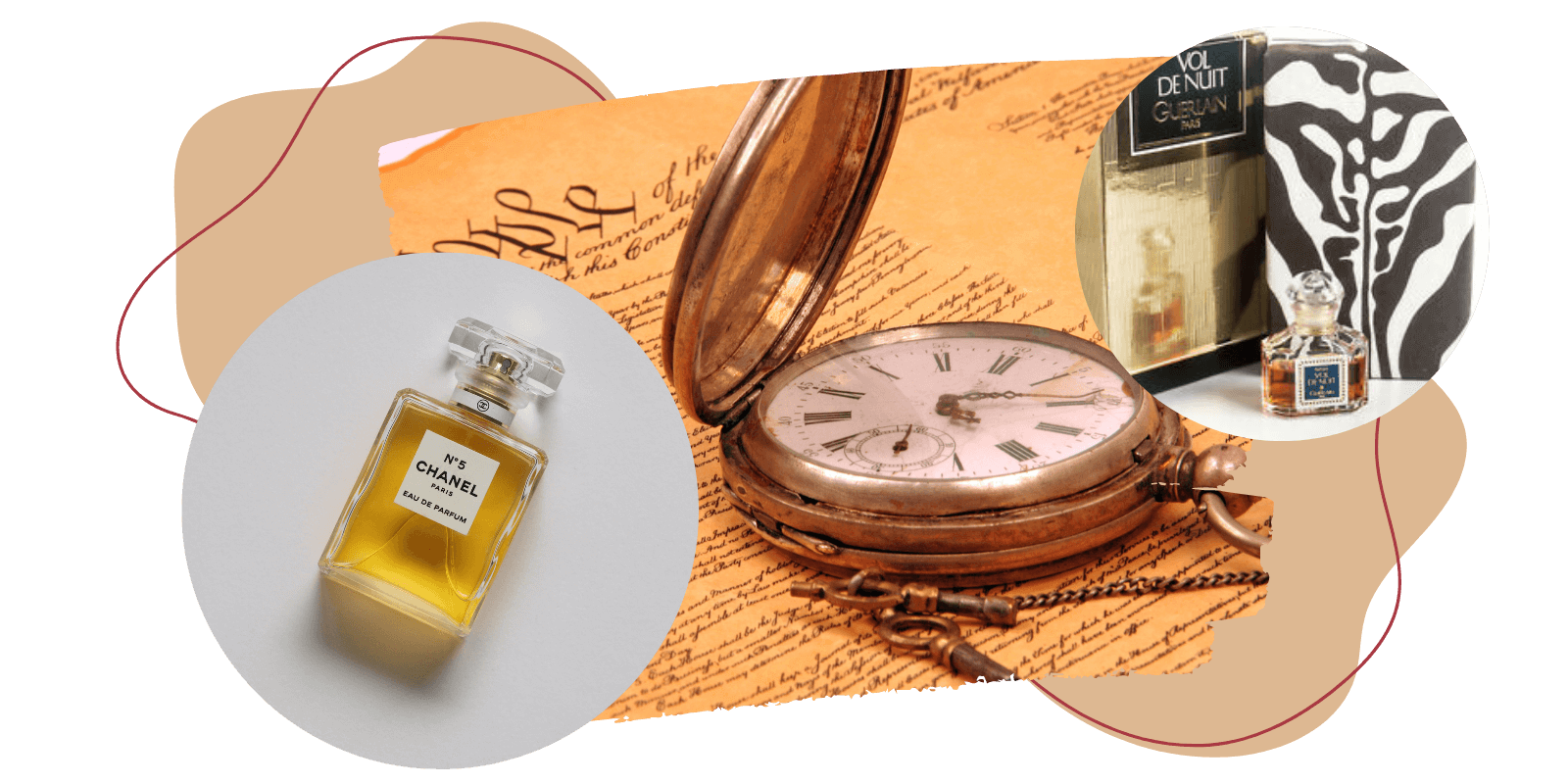 The 1930s were again, rather trying times for most people. The Recession was over, but ominous signs of another war were emerging – people wanted comfort, love, peace, and stability instead. That is why the Vol de Nuit by Guerlain was a staple of the 1930s with its nostalgic notes of vanilla, bergamot, jasmine, and earthy woods that reminded people of the carefree times. The backstory behind this perfume involves Jacques Guerlain and the writer and pilot Antoine de Saint-Exupéry – Jacques wanted to commemorate the release of his good friend’s book Vol de Nuit. The book was about an explorer who overcame numerous problems and it had, at the time, inspired people to keep going forward in life even in the face of adversity.


Let’s skip a decade or two into the 1950s with the signature vivid colors, color films, rock and roll, and bold perfume. Among all the boldness, it is weird that women were not as emancipated as they’d wanted to be, as the good housewife stereotype was still encouraged and modesty was the biggest virtue. The perfumers of the decade certainly saw through this visage and reached out to these women not with aggressive perfume, but with scented bath oil. This oil was Youth Dew, an Estee Lauder fragrance, and it helped women get out of their shells and embrace their daring womanhood. Designed by Josephine Catapano with the notes of oriental balsamic, patchouli, animalics, and florals, it was certainly noticeable since it came out, and it can be still bought today!


Hand in hand with the birth of punk at the turn of the decade, in 1970 came Chanel No 19. It was an unapologetic and free green floral perfume with green notes, galbanum, iris, and vetiver. It was the final perfume of 87-year old Coco Chanel, who channeled her inner youth into this fragrance. This fresh and green scent became synonymous with nature over the years, reminiscent of the liberated spirit that was a staple of the 1970s. 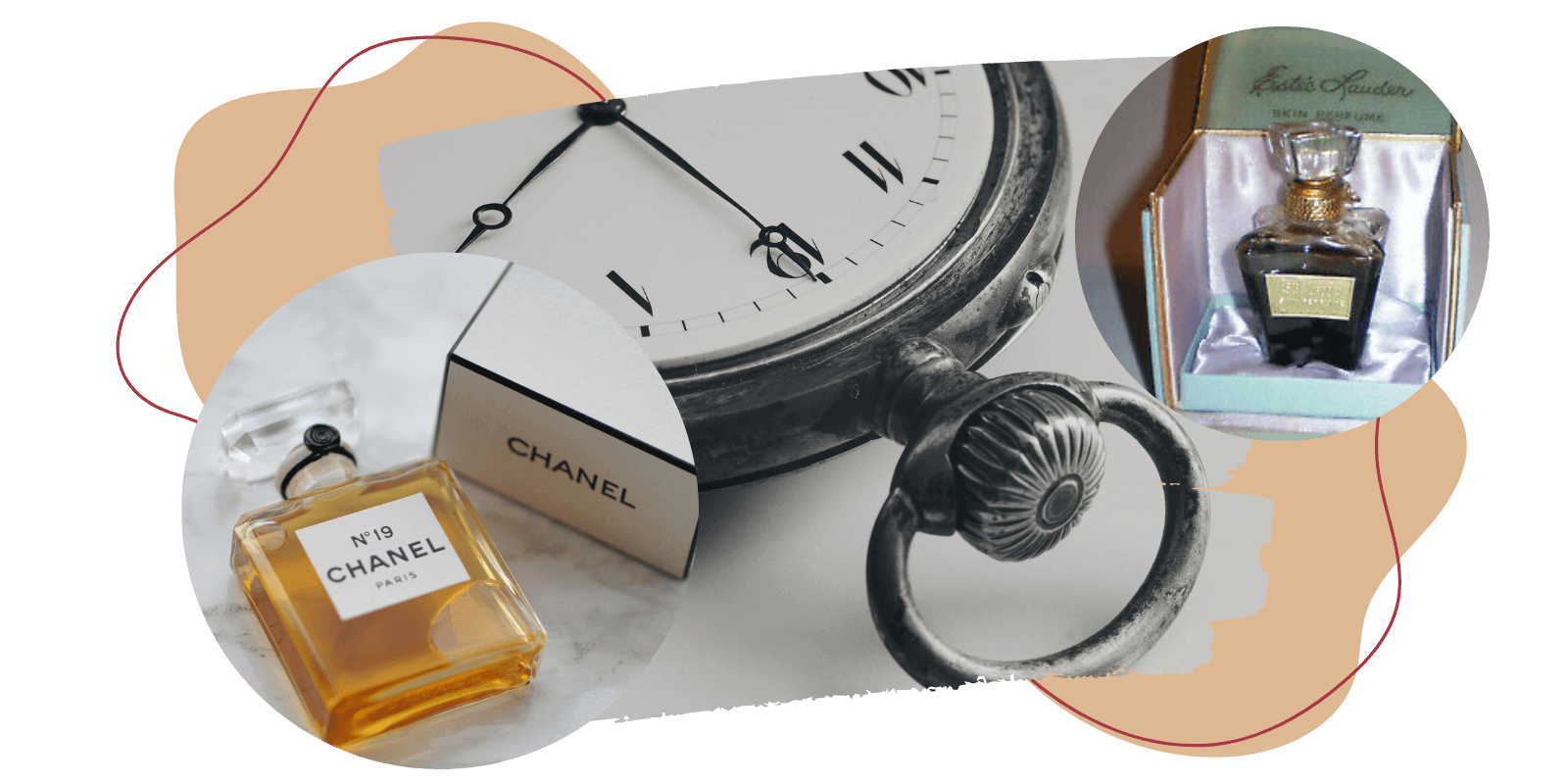 Then came the 1980s – the age of plentiful. All markets were booming, people were making a lot of money and this climate has normalized power and excess, drugs, and extravaganza. It was the peak of the big, bright fashion and bold statements in the 20th century, and no perfume could reflect this atmosphere better than Giorgio Beverly Hills, by Giorgio. Everyone knew about the stardom of Beverly Hills so before long, this perfume was worn by every yuppie and chick who wanted their status to be recognizable even by scent. The jasmine, honeysuckle, and orange blossom were staples of this perfume and were reminiscent of an exquisite bouquet in a restaurant. However, it was ironic that Giorgio Beverly Hills was banned from many restaurants because a plethora of people wore it at the same time, making the atmosphere unbearable. If that isn’t a teller of an iconic scent of the 1980s, then what is?


And so came the 1990s. If the 1980s were the age of the plentiful, the 1990s were the age of minimalism and simplicity. Androgenous clothing and fresh scents were such a 180-degree turn from the trends that were popular a few years prior that it seemed like yin and yang. So, it was no wonder that fresh and green scents made a comeback in the 1990s with the marriage of minimalist fashion and perfume – like the two Gap signature perfumes, called Dream and Heaven. Both were released at the same time, and even though they were florals, Dream had notes of freesia, orange blossom, and osmanthus but Heaven was more of a green floral with notes of jasmine, musk, and lily-of-the-valley. These were the scents of youth, dreams, and hope, so the names of these perfumes were true to their fragrances. And with this free spirit and hope hand in hand, we entered the new millennia.